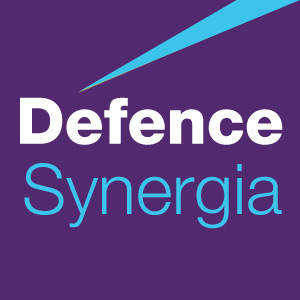 DefenceSynergia (DS) is concerned that Her Majesty’s Government (HMG) is dysfunctional when managing crises and we are in severe danger of being wrong footed by the burgeoning ambitions of the Peoples’ Republic of China (PRC), Russia and Iran when they override the international rules based order. This view has been reinforced by evidence to the House of Commons Defence Committee (HCDC) 9 Sept 2019 inquiry into HMG’s response to the crisis in the Straits of Hormuz. An inquiry to which the current Secretary of State for Defence declined to send a representative to be questioned on the rather weak grounds that our Forces may be put at risk.

HMG’s ability to anticipate and act rather than simply react to events is crucial. Yet, UK is still vulnerable as was demonstrated in the Gulf recently when Iran seized a British registered tanker before the Royal Navy (RN) could be reinforced. This left the the Foreign and Commonwealth Office (FCO) and Ministry of Defence (MOD) floundering despite the then Secretary of State for Defence, Penny Mordaunt, trying in vain to convince the Prime Minister (PM) and the National Security Advisor (NSA)/Cabinet Secretary to convene a Cabinet Office Briefing Room A (COBRA) meeting to explore the military, commercial and diplomatic ramifications of the UK’s seizure of the Iranian registered tanker Grace 1 off Gibraltar on 4th of July 2019. This refusal to convene COBRA for several days despite the British action off Gibraltar and several previous alleged Iranian attacks on tankers in the Gulf seems to DS to be extraordinary.

The National Security Council (NSC) could have provided UK with a structure designed to offer a single point of focus to take the lead in meeting international and domestic emergencies through the pooling of intelligence and expertise then advising ministers before the crisis developed. However, as evidence to the HCDC seems to confirm, the NSC failed in this regard. A ministerial COBRA meeting was finally called and authorisation for RN reinforcements to the Gulf was confirmed. However, crucial deployment time was lost and the Stena Impero was seized (partly due to procedural errors) but before the hard pressed HMS Montrose had been reinforced.

The Cabinet Office, NSC and COBRA failed to manage the unfolding Gulf crisis because The PM and NSA seem insulated from (or deaf to) professional military/naval advice – some emanating from the Secretary of State for Defence no less. Now it seems that General Patrick Sanders, Commander of Joint Forces Command, recommends a permanent and more reactive crisis management centre be established. DS could not agree more. This systemic failing must be corrected as a matter of urgency.

The next crisis, and there will be one, could be pre-empted if professional advice and guidance were sought and listened to. Bring back the Chiefs of Staff Committee.