DefenceSynergia (DS) is grateful to DefenceUK and Mr Fred Dupuy for permission to publish his prescient article following the recent, thus far unexplained, loss of an RAF F35B in the Mediterranean. ‘And Now There Are Seven’ – (subtitled: Thank Goodness the Yanks are Here!) rather succinctly sums up UK’s Defence position. We can do some things very well but the gaps in capability in all sorts of areas do have a habit of coming back to haunt those who proposed and instigated them!

The full article can be read below: 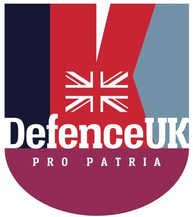 And Now there are Seven

Thank Goodness the Yanks are Here!

The recent loss of an F35B aircraft from the aircraft carrier HMS Queen Elizabeth (QE), reducing the British contribution to her fighter bomber compliment to just seven aircraft, is yet another indication, if one is needed, that the UK’s armed forces lack resource; basically capability and capacity. In this instance, insufficient aircraft numbers and the ability to recover them when they fall into the water! With the lost aircraft now sat on the seabed in deep water and an operation being rolled out to recover it before the Russians do, there will be a scramble within the MOD to find a suitable dynamically positioned seabed operations vessel, from an ally or the commercial sector, that can carry out the salvage operation. The RN’s vessel that would have been capable of that, RFA Diligence, herself an ex commercial dive support and seabed operations vessel, was recently seen awaiting disposal, in stripped out form, at Cammell Laird’s yard in Birkenhead! The planned Multi Role Ocean Surveillance Ship (MROSS), which may be able to undertake such tasks, seems to be a long way down the procurement path and no-one is quite sure when she will be operational. Historically aircraft attrition rates in naval aviation have been high and with the UK back in the game of operating aircraft carriers, the loss of this aircraft should act as a siren call to speed up the procurement of seabed operation vessels. With UK forces now operating East of Suez in greater strength, and with carrier operations as a part of that mix, MROSS numbers should be sufficient to have one based either side of that canal. The offshore oil and gas industry is presently experiencing a difficult period and so now may be a good time to swoop in and pick up a couple of good but relatively inexpensive seabed operation vessels and then modify them to naval requirements, as was done in 1983 when the MV Stena Inspector became RFA Diligence.

The fact that the UK has so far ordered only 48 of the planned 138 F35B’s has a legitimate reason. The manufacturer, Lockheed Martin, appears to be dragging its feet in matching the British Meteor air to air beyond visual range (BVR) missile, probably the best of its type in the world, to the F35B, and Defence Secretary Ben Wallace is fully justified in holding off on further orders until he sees positive movement and results on that issue. In this he is following the line set out in the Government’s Defence & Security Industrial Strategy (DSIS), which aims to support and enhance the UK’s defence industrial base. The incorporation of the Meteor into the F35’s armoury will enable the missile’s manufacturer, MBDA, to compete commercially when international customers consider purchasing that aircraft. In recent times that support has not always been there. The decision to accept 50 Boeing AH64E Apache helicopters with the American Joint Air and Ground Missile (JAGM), instead of the UK’s Brimstone (another MBDA product), has inserted a wedge between that British weapon and some of its potential customers. This wedge will adversely affect Brimstone’s sales potential when future purchasers of the AH64E are looking for a similar missile to arm their land and sea forces. One wonders if the JAGM’s manufacturer, Lockheed Martin, is attempting to insert a similar wedge between MBDA’s potential customers for Meteor? Possibly having been bitten once over Brimstone, Ben Wallace is reluctant to let that happen again with Meteor and, if it enhances the UK’s ability to produce military equipment at scale, he is right to accept a temporary short fall in F35 numbers. His action (or inaction) sends the signal that if a foreign company wants the UK to buy it’s equipment, then it must invest in this country, and in the way we stipulate. Only then, with a capable defence industry which can produce at scale and reduce unit cost, may we be able to overcome some of our general resource problems!

In the period of reduced RN/RAF F35 numbers however, as the title indicates, Thank Goodness the Yanks are Here. In this case, with ten US Marine Corp F35B’s, which now make up almost two thirds of the QE’s fixed wing air group.